From the very get go, audiences at Darlington Library knew they were in for a treat last night as they played host to the inimitable History Wardrobe. From slinking in to the theme from the Pink Panther and wrapping up with an engaging story about misconceptions around gender, the duo took an enraptured audience through the fashion history of the colour pink in a truly memorable way. Offering up an immersive whirlwind tour of Victorian and Regency periods then making their way through the following decades to the present, the History Wardrobe presentation of Pink – The True Story made for a fascinating and entertaining evening of music, comedy and history. From salmon and rose to berry, peach and candy…audiences were captivated by tales of every shade. 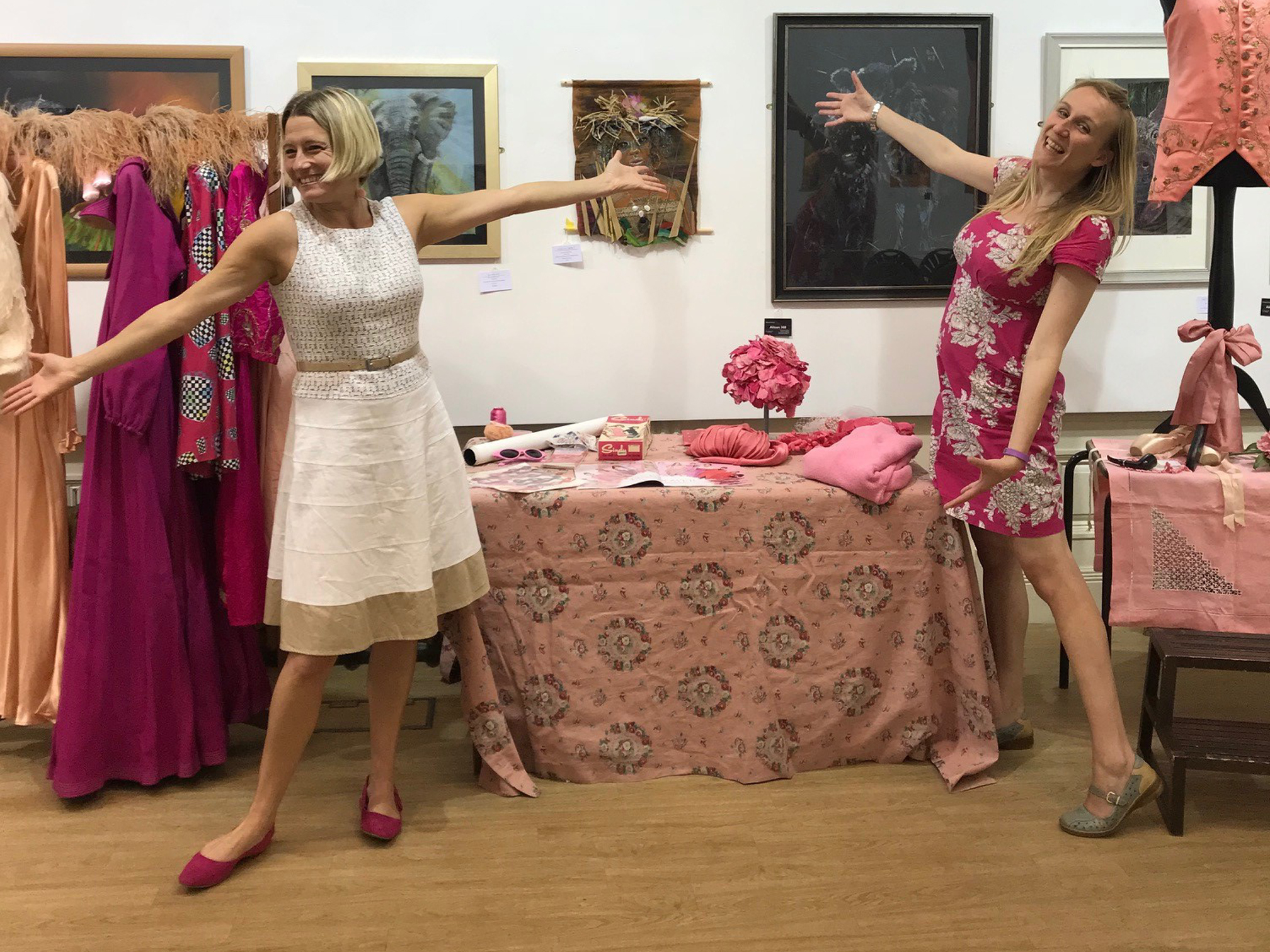 The “Two Lucys” – Lucy Adlington and Lucy Ridley – opened the evening with a question for the audience: “So – you think you know pink?” Adlington asked. “Who thinks Pink is a girl’s colour? Who thinks pink is a boy’s colour? And who knows the truth?” Adding that pink is the only colour which appears to have a gender, the pair explained “pink is just part of the spectrum of light – it doesn’t have any cultural meaning apart from what we put on it”. 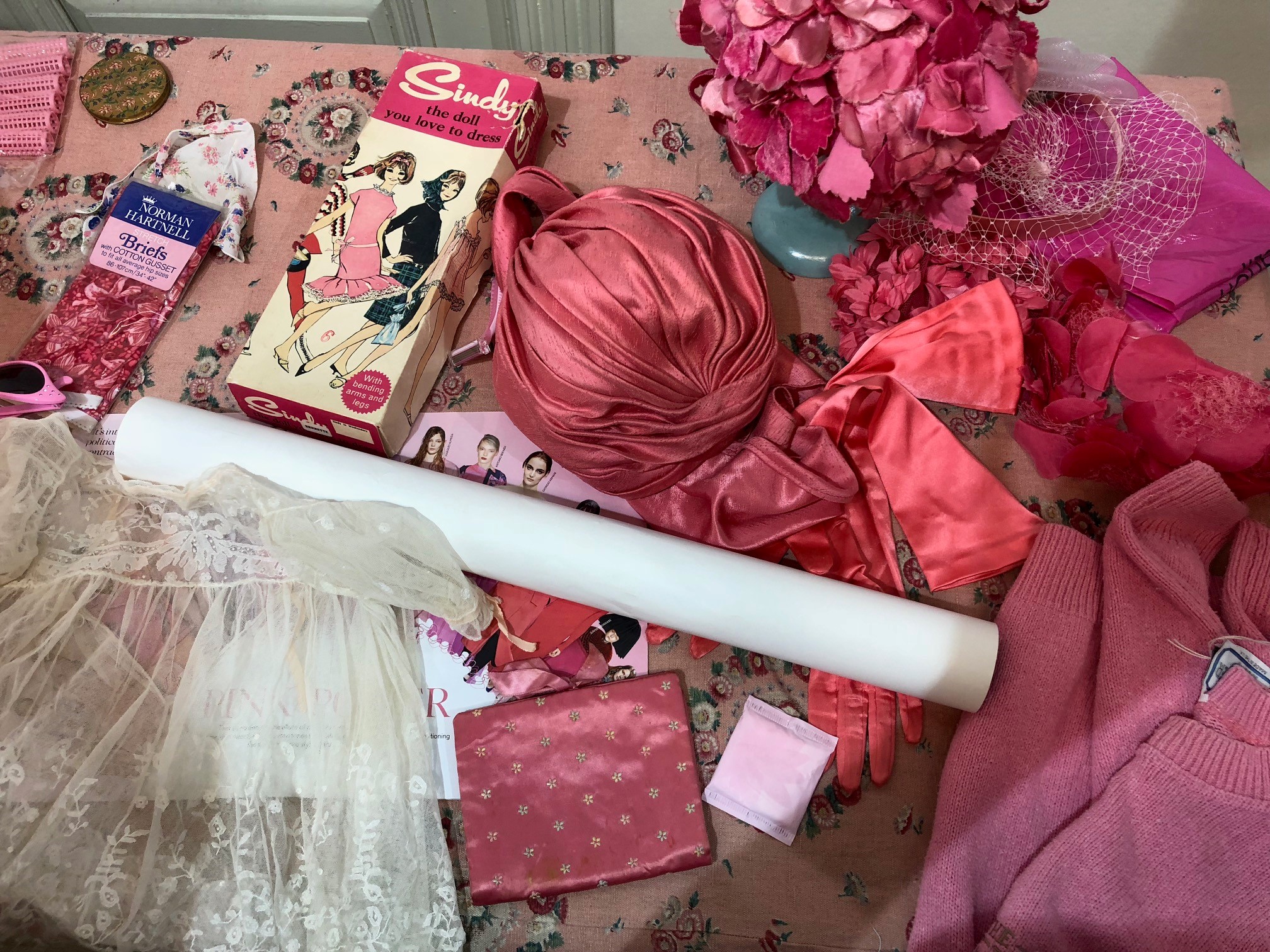 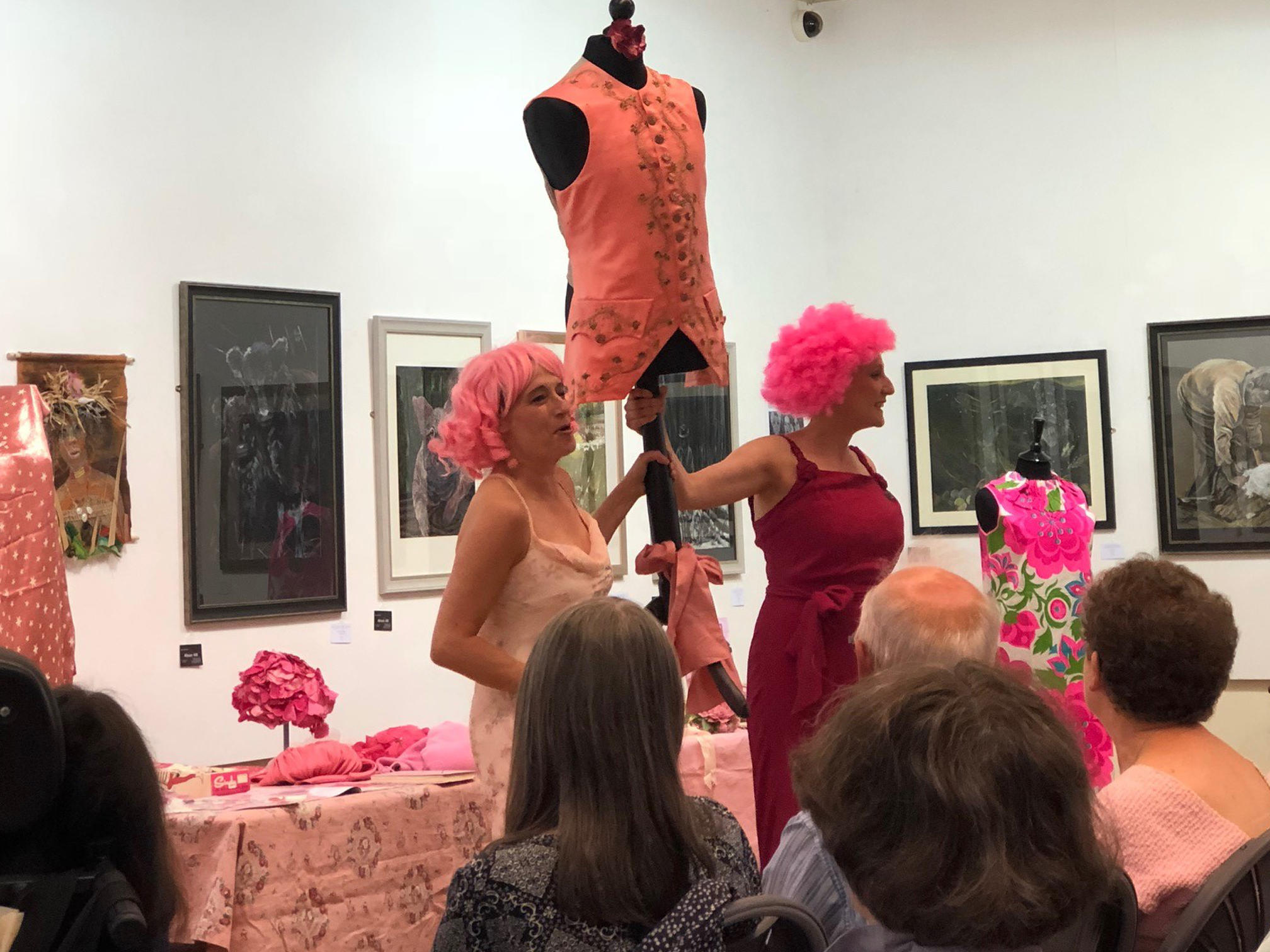 When combating the idea that pink is “weak, gauzy and fluffy” the duo presented the audience with a pair of pink pointe shoes – traditional shoes worn by ballet dancers for centuries. “Consider the hard work that the shoe is subject to” Adlington implored the audience “feet crammed into it and the pointe sewn and re-sewn again and again”.

“The ballerina might look like a fairy crossing the stage” she added “but as she does so you can see every sinew and every muscle is working hard. Ballet shoes look romantic but the reality is hard work, graft and pain.” 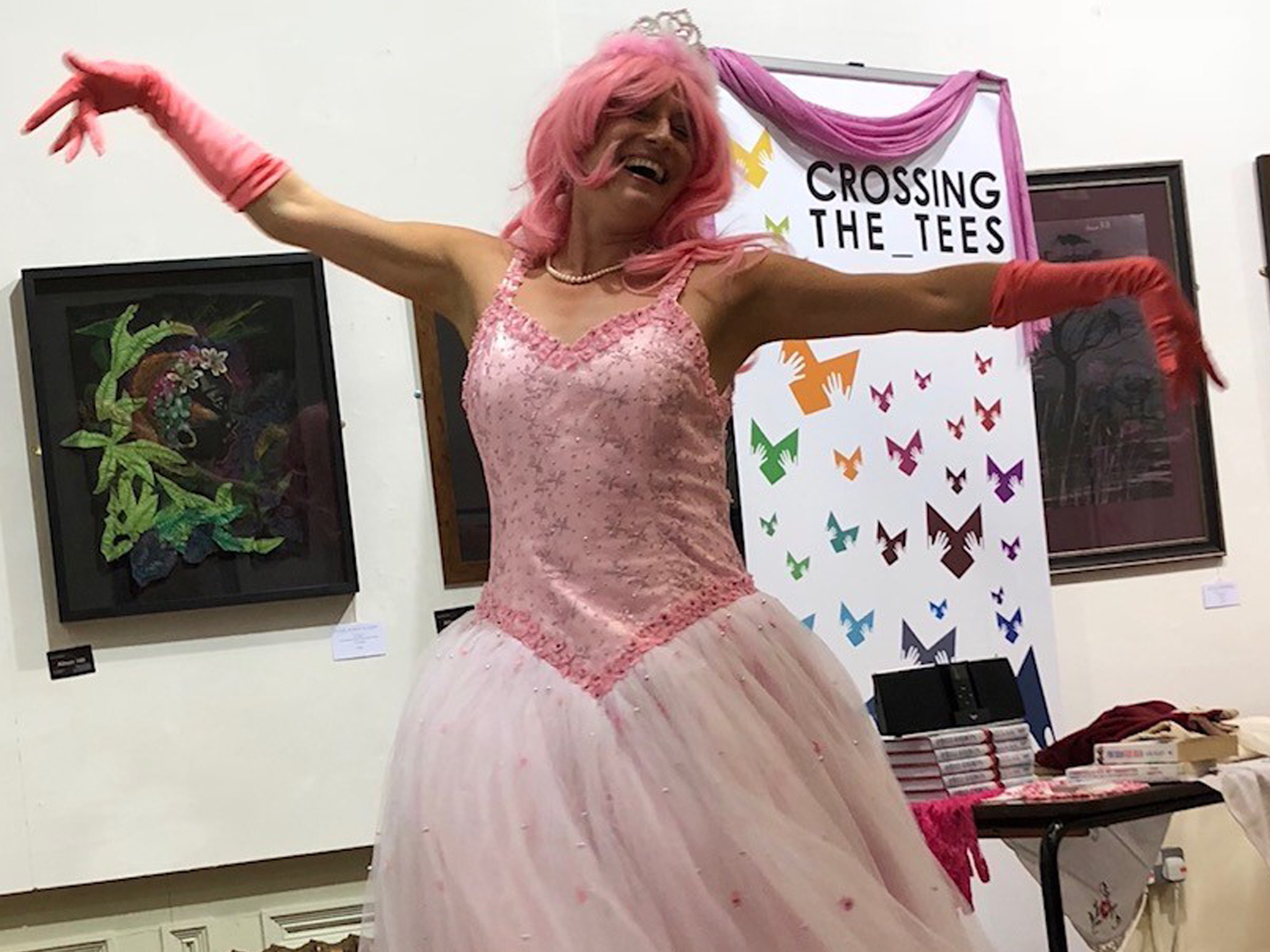 From the early appearances of this oft debated hue, the History Wardrobe team took the audience on a merry dance through the ages, exploring the true meaning of the colour pink and examining it beyond gender representations. The duo wear an exciting and often entertaining wardrobe to demonstrate the history beyond the cultural implications of the colour. To demonstrate the rise of “tea rose” and peach hues in lingerie, Adlington wears 1940’s inspired boudoir wear. The 60’s were represented by a “popping, zinging” paper dress, a Beatles inspired two piece Military style suit in a hot pink hue and a nod to Jackie Kennedy’s infamous pink suit. When Ridley pops on the ensemble to represent the 70’s in a hand-knitted pink bridesmaid dress complete with hood, which has to be seen to be believed, the audience are horrified, captivated and entranced by the fashion example from the “what were we thinking?!” era. 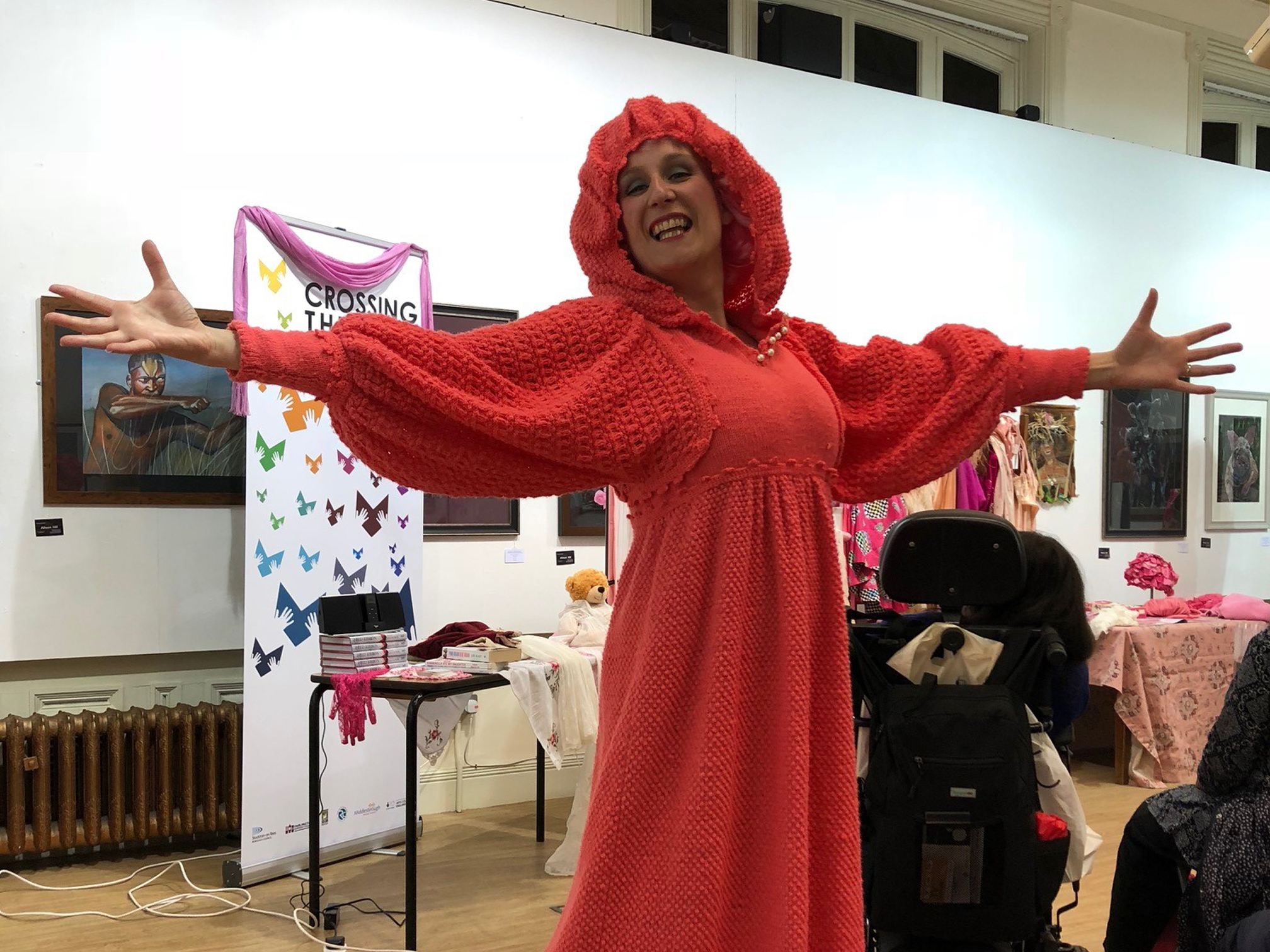 From the 70’s the duo moved up to present date, examining the power of the colour pink in Indian and Pakistan heritage. The Gulabi Gang (the Pink Sari Gang), fought against injustice, domestic violence and corruption, established by Sampat Pal. Pakistani activist Malala Yousafzai wore a statement pink scarf given to her by former Pakistani Prime Minister Benazir Bhutto to talk at the UN about the importance of boys and girls being given the same access to education. And no presentation on the colour pink would be complete without a hat tip to the pop sensation P!nk.

The evening was a veritable feast of pink history, gender politics and common misconceptions set straight, served with a hearty dollop of humour and a heavy dose of brilliant personality from the Two Lucys. It was an evening not many in the audience will forget for a while.